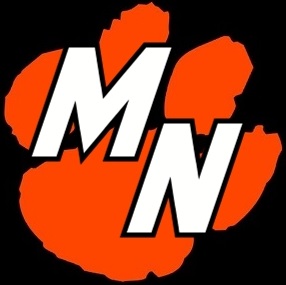 4/9: NON-DIVISION
Middletown North  50  -  Red Bank  27  (BOX SCORE)
MN: Klinsky, Oden, & Brown win by pin
4/8: SHORE CONFERENCE POD 4
Wall  53  -  Middletown North  21  (BOX SCORE)
MN: Klinsky techs; Oden majors
4/6: SHORE CONFERENCE POD 4
Manalapan  46  -  Middletown North  24  (BOX SCORE)
MN: Klinsky & Jankowski win by pin
4/5: A-NORTH
CBA  44  -  Middletown North  21  (BOX SCORE)
MN: Ainbinder wins by fall
4/3: A-NORTH
Howell  53  -  Middletown North  21  (BOX SCORE)
MN: Castelli wins by fall; Klinsky dec. #8 Machnik at 106, 9-8
4/1: A-NORTH
Long Branch  39  -  Midd North  24  (BOX SCORE)
MN: Oden wins by fall
3/31: NON-DIVISION
Middletown North  46  -  St Rose  3  (BOX SCORE)
MN: Santos, Oden, Castelli, Brown win by fall
2021 Middletown North Wrestling
The Lions took a big hit to graduation, with 8 starters departing, including the Shore Conference's all-time wins leader, Tyler Klinsky, a State Champ in 2020. As a result, the Lions will undergo a rebuild behind a group of very promising underclassmen.
Over the last four years, the Lions had one of the great lowerweight groups in the Shore, led by Klinsky, Fred Luchs, and Thomas O'Keefe, who combined for 433 wins in their career. With their departures, a new crop of talented youngsters will look to break into the lineup, including another Klinsky, freshman Brady. North does have some experience returning down here though in sophomore Collin Oden, a 22-bout winner and District runner-up as a freshman last year, and senior Lucas Santos. Keep an eye on Santos, who put up an impressive 16-2 record last season slotting into the lineup behind Klinsky and Luchs. He could be primed for a breakout senior season.
The big gun returning for the Lions is up top in senior Nico Cerbo. Cerbo was a D22 Champion in 2020, and has three District Medals in total. He enters his final year needing 15 victories to hit 100 for his career. Also returning up top for North are senior Jake Jankowski, and sophomore Jack Lopez, who is looking to take it to the next level in 2021 after a solid 14-win season as a freshman wrestling at 195 last year.
There is experience returning in the middle for North as well with senior Grant Heller and junior Shaun Sullivan. This group also gets a boost with the return of senior Kyle Puzo, who missed last season with an injury.
As mentioned, the Lions were hit hard by graduation. Fortunately, in addition to some proven talent, they have a good number of individuals that were waiting their turn behind the departed senior class that are capable of making an impact, and some good looking frosh ready the enter the mix. They may be missing some of the big name star power of the previous seasons, but they still have the potential to have a strong lineup and will be certainly be ready to battle in the tough A-North division.
Possible Lineup in 2021
Graduated in 2020

Any suggestions, questions, or feedback?